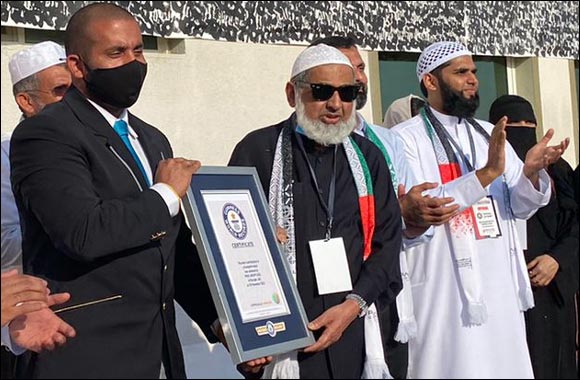 A total of 16,367 people from 64 countries handprinted the 9-meter-wide, 18-meter-long UAE flag in the colors – red, green, black and white that has set a new Guinness World Record for PACE Education Group

Time and time again, PACE Education Group one of the leading educational providers in the UAE, proves its commitment to UAE’s vision and its great leaders that set another Guinness World Record in the context of the 50th National Day of the UAE. The new GUINNESS WORLD RECORD – “Most Contributions to a Handprint Mural” was achieved by creating a massive UAE flag from handprints in the flag colors on a canvas that measures 9m tall and 18m long by 16,367 individuals from 64 nationalities, who are part of PACE Education community under the theme – “One Community, Many Hands”

Dr P A Ibrahim, Chairman of PACE Education Group is one of the blessed to witness the historical moment of the formation of UAE in 1971 and it’s phenomenal growth during the 55 years of his journey as an expat. Being a successful business person in the region with multiple business verticals, he is immensely proud to be a contributor and be part of UAE’s economy and vision. This event was conceptualized by Vice Principal Shifana Muiz and Sr. Admin Manager Safa Azad under the support of PACE Education Group and its institutions to commemorate the country's 50th anniversary and to reflect on the unforgettable journey of developments by the country and as it looks forward to the next 50 years with the same ambitious goal. 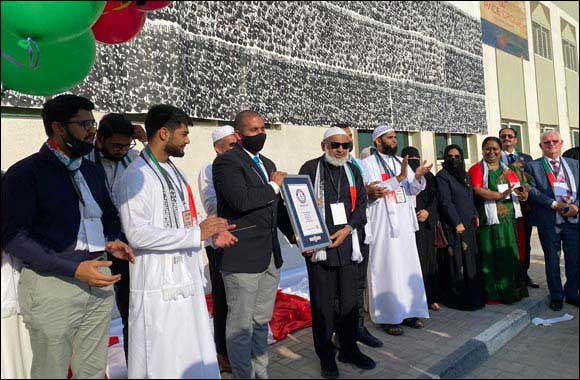 PACE Education Group aspires to establish more modern educational institutions in response to parental demand due to the respect and reputation that its schools have garnered over time. The Group provides high-quality education with most modern amenities, latest technologies and advancements in education namely digitalized classrooms, robotic labs, e-learning studios, innovation centres, sports facilities, multipurpose halls that offer high-quality education in affordable fee structure for more than 23000+ students through the 18 institutions spanned across UAE, Kuwait and India.