The 23rd branch was built at a cost of AED 42 Million. Up to 75% Discount Promo launched on the Occasion of opening. Union Coop’s strategic stock sees a surge of 40% after the opening of the recent branch. 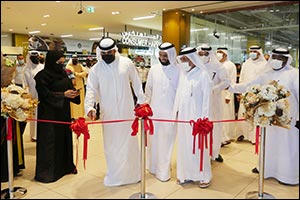 August 01, 2021:  Union Coop, the largest consumer cooperative in the UAE, has opened its 23rd branch in the Jumeirah 1st area at a cost of AED 42 Million, as part of its expansion plans to delight the shareholders and customers of Union Coop. The new branch, which occupies a strategic location, aims to be an exceptional family destination for residents and visitors of Jumeirah and the surrounding areas, moreover, a special promotional campaign was also launched on the occasion of its grand opening, with discounts of up to 75% on various categories of products.

The new branch was inaugurated by the CEO of Union Coop, Mr. Khalid Humaid Bin Diban Al Falasi, in the presence of Mr. Ali Bin Abdullah Al Shafar - Chairman of Al Shafar Investment Group, in the presence of Department Directors and Managers and employees of Union Coop, along with a number of officials and suppliers, in addition to shoppers and consumers of all categories of the society.

Mr. Khalid Humaid Bin Diban Al Falasi, the CEO of Union Coop stressed that the opening of the new branches sequentially and according to well-thought-out plans is strong evidence of Union Coop’s commitment to finding diversified family shopping destinations that follow and is designed as per the best international standards & practices and meets the needs of shoppers from all social groups. He also highlighted that this expansion is in line with the rapid development of the retail sector in the country, further elaborating that with the opening of the 23rd branch of Union Coop, its strategic stock of goods will increase by 40%, making it sufficient for the needs of the residents of the Emirate of Dubai for a period of 6 months.

He continued: Despite the challenges created by the Corona pandemic and its impact on some sectors, Union Coop was able to transform the challenges into investment opportunities, while it continues to implement its strategies to achieve its vision and objectives, and adhere to its operational agenda to provide services at a high level that meets the aspirations of consumers, supports the retail sector and enhances its capabilities in the country, to create greater and wider options, open to all consumers. 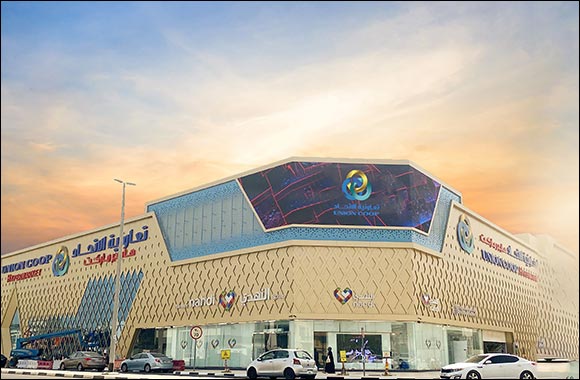 Regarding the details of the new branch, Arch. MADIYA AL MARI, Investment Division Director at Union Coop, confirmed that the new branch in the Jumeirah 1st is built at a cost of AED 42 Million, and it includes a basement, ground and first floor with a total built-up area of 105,533 sq. ft., pointing out that the project also includes a Union Coop showroom on the first floor covering an area of 25,278 sq. ft. and several shops on the ground floor, in addition to 61 parking spaces distributed on the basement and ground floors

Next in Real Estate & Retail