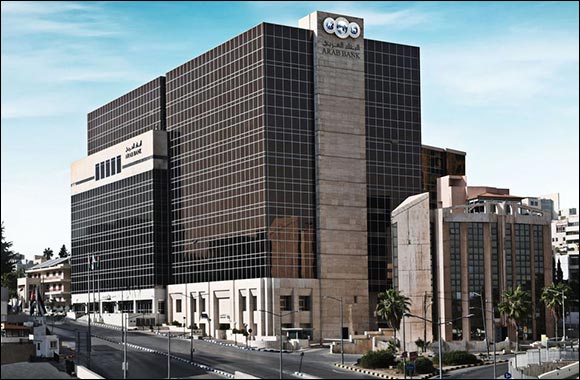 August 01, 2021:   Arab Bank Group reported net income after tax of $182.4 million as compared to $152.1 million for the same period last year, recording a growth of 20%. During the first quarter of 2021, Arab Bank consolidated the financial statements of Oman Arab Bank under its Group accounts increasing total assets by $8.2 billion to reach $63 billion compared to $51.6 billion for the same period last year. Oman Arab Bank has also recently finalized the acquisition of Al Izz Islamic Bank, a full-fledged Islamic bank, strengthening its presence in the Sultanate of Oman.

Mr. Sabih Masri, Chairman of the Board of Directors remarked that the solid results demonstrate the strength of the Bank’s diversified business model and the Bank’s resilient performance in this challenging economic environment.

Mr. Nemeh Sabbagh, Chief Executive Officer, commented that despite the negative economic consequences of the pandemic, the Bank's robust performance confirms its effectiveness in operating in a challenging economic environment as net operating income increased by 6% to reach $579.8 million. He added that the Group enjoys high liquidity and a strong capital base with a loan to deposit ratio of 73.5%, equity of $10.3 billion, and a capital adequacy ratio of 16.7%. Mr. Sabbagh also noted that the Group continues to hold credit provisions against non-performing loans in excess of 100%.

Mr. Masri expressed his confidence in the Group’s ability to maintain its solid financial indicators. He also concluded by remarking that the Group will remain committed to sustainable community development, and to fostering the interests of its customers, shareholders and communities.
Arab Bank has recently issued its eleventh annual sustainability report, which provides a summary of the Bank's performance and achievements in the social, environmental and economic fields for the year 2020.

During the Board meeting which took place on 29th July 2021, the Board approved the appointment of Mr. Mahmoud Malhas as board member and he was elected as Deputy Chairman of the Board.

Mr. Nemeh Sabbagh, the Chief Executive Officer of Arab Bank also informed the Board during the meeting of his desire to retire at the end of the year. Mr. Sabbagh has had a distinguished 47 year international career in banking and finance and has been the CEO of Arab Bank for the past 12 years.

Mr. Sabbagh recommended to the Board the appointment of Ms. Randa Sadik as his successor. Ms. Sadik has been holding the position of Deputy Chief Executive Officer since 2010. The recommendation was welcomed by the Board of Directors.

Next in Banking & Investments