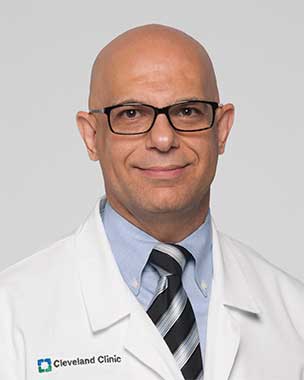 Dr. Khaled Hassan, of the Hematology and Medical Oncology Department at Cleveland Clinic, said: “The KRAS mutation is a main gene that drives cancer, and lung cancer specifically, but previously it’s been difficult to target. With the new KRAS targeted therapy, 81 percent of cancer patients kept their cancer under control, which could extend and improve patients’ lives by about six months. One third of the patients had an objective response rate, of shrinking and/or totally eliminating cancer, even though previous chemotherapy failed to control their disease. We now have targeted therapies for eight cancer-driving genes, and patients are responding very well.”

Worldwide, lung cancer is the second most common type of cancer, with 2.21 million new cases in 2020, and the leading cause of cancer death, at 1.8 million deaths in 2020, according to the World Health Organization.


“Targeted therapies are designed to be very selective to bind to the pathways of specific gene mutations, and can get rid of most of the toxicities in the cancer cells with only minor side effects,” added Dr. Hassan, who said that Cleveland Clinic is already prescribing the treatment to patients. “For the remaining patients who did not respond to this targeted therapy, we need to figure out how to develop drugs that can target the genes’ pathway to resistance.”

However, Dr. Hassan cautioned that this KRAS targeted therapy is not a cure, as eventually the cancer cells can find a way around the treatment and develop resistance.

Dr. Hassan concluded: “As we mark World Lung Cancer Day, the two most important points are for patients to stop smoking, which can cause cancer and other diseases, and for those who are high risk to get early, safe low-dose CT scan screenings. The highest risk patients are 50 years or older, and have smoked at least one pack of cigarettes a day for 20 years.”