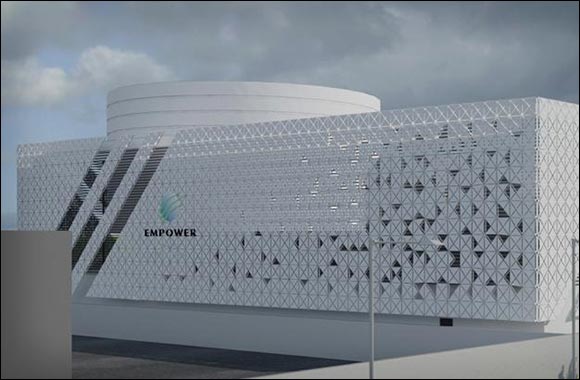 Dubai, UAE - 26, July 2021: Emirates Central Cooling Systems Corporation (Empower), the world’s largest district cooling services provider, announced that it has awarded the main construction contract to build its new permanent plant at Al Khail Gate with a total value of more than AED 133 million. Construction has already begun and is managed under the direct supervision of Empower's in-house projects team. The new advanced plant will have a total capacity of 32,000 refrigeration tones (RT) that will cover the Al Khail Gate development, which is, yet one of Dubai’s vital residential projects comprises 33 buildings with 5665 units.

Empower emphasized that it would go on directing well-informed investments towards expanding its operations in Dubai. This echoes the company’s commitment towards the modernization and development plans devised for its facilities and technical staff in order to meet the increasing demand for its services from individuals, institutions and companies. With 84 plants and a district cooling transmission and distribution network running for more than 350.4 km, Empower holds more than 76% of the total district cooling market of Dubai. Last year, AED 1.39 billion was invested by the company in building new district cooling plants, expanding the pipeline network, concluding contracts to establish thermal energy exchange rooms, and carrying out consultation and engineering works.

“The new advanced permanent plant will replace the existing two semi-permanent plants”, Ahmad Bin Shafar, CEO of Empower, said.  “Given the huge urban expansion and the great demand for housing, the company was promoted to gear up. Since the last year, Empower has managed to complete the preparation of the new plant site and adopted global design and construction standards. Upon completion, the total capacity of the new plant will reach 32,000 refrigeration tons”, he added.

Bin Shafar also highlighted that it is a new generation plant and will be connected to the company’s Command Control Centre (CCC) and operated via advanced technologies. This will ensure the uninterrupted and high-quality cooling services for the customers and to guarantee that practical and advanced solutions are employed to support sustainability by striking the required balance between economic development and environmental preservation.

Previous in Energy and Industry

Next in Energy and Industry